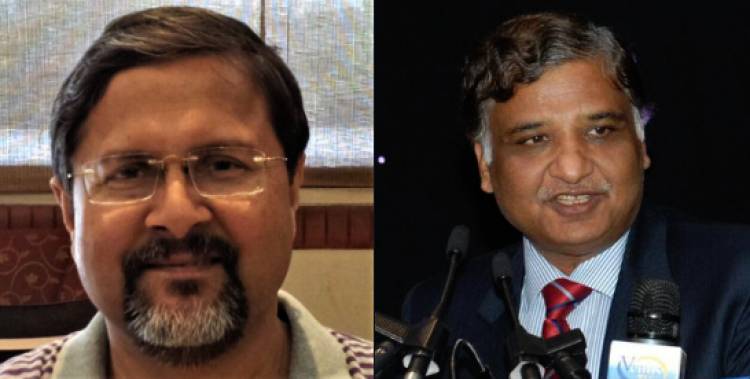 NEW DELHI: The government today appointed new chiefs of the country's two intelligence units. Samant Goel, who was in charge of operations of the country's external intelligence agency -- the Research and Analysis Wing or RAW -- will take over as its chief, replacing Anil Dhamsana. Arvind Kumar, the number two at the Kashmir desk of the Intelligence Bureau, will replace Rajiv Jain at
the top post.

"The Home Minister has signed the file and it has gone to PMO," a senior officer in the Prime Minister's Office told NDTV. Both officials will take charge on June 30.

Both Mr Goel and Mr Kumar are IPS officers from the 1984 batch.

Mr Goel has helped handle the Punjab militancy when it was at its peak in the 1990s and was posted in Dubai and London. "He was posted as in-charge consular in Dubai and also in London," a senior officer in the home ministry told NDTV.

Arvind Kumar, an officer from the Assam Meghalaya cadre, headed the agency in Bihar. Before that, he looked after its administration and inquiry branches for long.

No police, No Military, No Media just an order, that is...

No police, No Military, No Media just an order, that is Dubai...

-Three categories with 1,500 kids participation in 4thedition of HKR2019 -Cultural...

Head to The Deltin Daman with your Girl Gang this Women's...

Over the years International Women’s Day has been celebrated to encourage the struggle,...