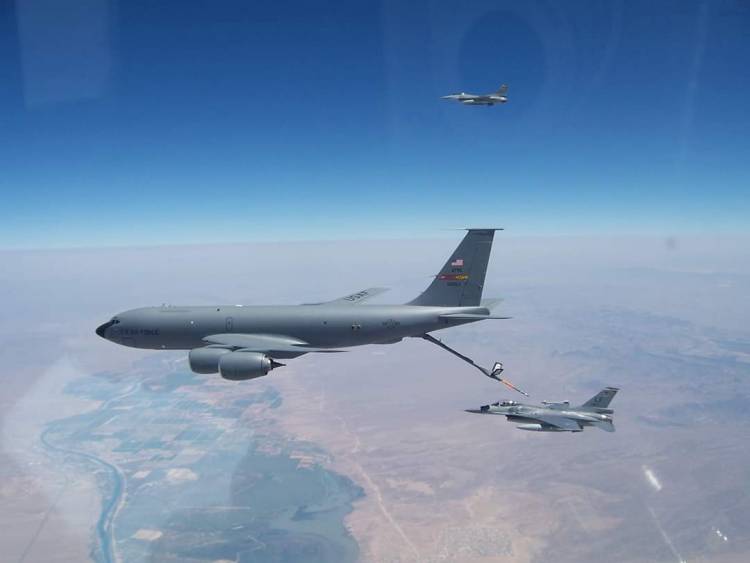 China on Monday sent 52 PLA Air Force aircraft towards Taiwan in the latest show of aerial force, marking a third record aerial intrusion in the past four days.

Taiwan’s Ministry of Defence said the aircraft included 34 J-16s and 12 nuclear capable H-6 bombers, and said it had responded by issuing radio warnings and deploying air defence systems to monitor the activity.

Monday’s entry of the PLA aircraft into the Air Defence Identification Zone followed a record 38 aircraft sent on Friday, when China marked its National Day, and 39 aircraft on Saturday in two separate waves.

Taiwan officials have hit out at the aerial intrusions into the ADIZ as acts of “military aggression” and “damaging regional peace”.

The aerial deployments were seen in Taiwan as “a demonstration to Taiwan and United States of the PLA's joint combat capabilities and its ability to quickly assemble assets from different units”, the official CNA news agency reported from Taipei on Sunday.

Beijing has in the past timed intrusions into the ADIZ as a form of signalling. Prior to the National Day intrusions, another on September 23 coincided with Taiwan saying it had submitted an application to join the 11-nation CPTPP (Comprehensive and Progressive Agreement for Trans-Pacific Partnership) trade deal, days after China said it had formally applied to join the Pacific pact.

Last month, Beijing strongly hit out at Taiwan's application to join the CPTPP. “There is only one China in the world,” spokesperson Zhao Lijian said, “and Taiwan is an inalienable part of China's territory.”

China on Monday slammed the U.S. statement, saying “Taiwan belongs to China and the US is in no position to make irresponsible remarks.”

The comments “send an extremely wrong and irresponsible signal,” Foreign Ministry spokesperson Hua Chunying said, adding that “For quite some time, the U.S. has been making negative moves by selling arms to Taiwan and strengthening official and military ties with Taiwan, including the launch of a $750 million arms sale plan to Taiwan, the landing of US military aircraft in Taiwan and frequent sailing of US warships across the Taiwan Strait.”

“These provocative moves undermine China-US relations and regional peace and stability. China is firmly opposed to them and has taken necessary countermeasures,” she said in a statement. “’Taiwan independence’ leads nowhere. China will take all necessary measures to resolutely crush all attempts at ‘Taiwan independence.’ China has firm resolve and will to safeguard national sovereignty and territorial integrity.”

Chennai finds the face of fashion with the Grand Finale...

Presenting an epitome of style ....

"Always keep in mind the challenges our country is facing. Each of these challenges...

The first finalist of the ongoing edition of the Indian Premier League (IPL) will...