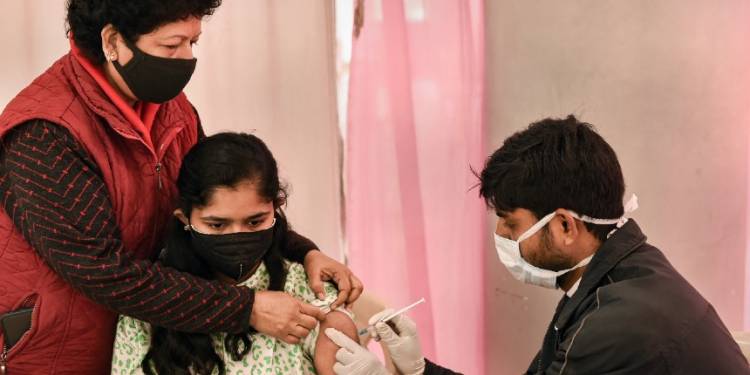 Coverage of the 15-17 population making good progress, says N.K. Arora
India may begin inoculating children in the 12-14 age group against COVID-19 in March as the 15-17 population is likely to get fully vaccinated by then, N.K. Arora, Chairman of the COVID-19 working group of the National Technical Advisory Group on Immunisation (NTAGI), said on Monday.

Of the estimated 7.4 crore population in the 15-17 age bracket, over 3.45 crore have received the first dose of Covaxin so far and their second dose is due in 28 days, he said.

Active participants
“Adolescents in this age group have been actively participating in the inoculation process, and going by this pace of vaccination, the rest of the beneficiaries in the 15-17 age group are likely to be covered with the first dose by January-end and subsequently their second dose is expected to be done by February-end,” he said.

Provisional vaccination reports till 7 a.m. on Monday showed that with more than 39 lakh doses being administered in a span of 24 hours, the cumulative number has exceeded 157.2 crore doses. According to government data, over 3.45 crore first doses have been given to children in the 15-17 years age group so far.

India began administering the “precaution dose”, a third jab of COVID-19 vaccine, to healthcare and frontline workers, including personnel deployed for election duty and those aged 60 and above with co-morbidities, from January 10 amid the country witnessing a spike in coronavirus infections, driven mainly by the Omicron variant of the virus.

Bajaj Auto, one of the World’s leading automobile companies, has launched the 2019...