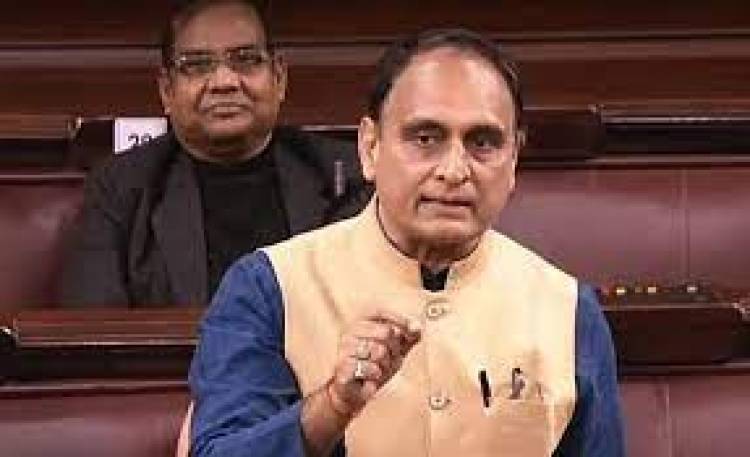 BJP MP Rakesh Sinha on Friday proposed setting up a research foundation at the State and district level to revive ancient Indian knowledge traditions, branding it as a “ swaraj (self rule) of ideas’.

However, the Opposition tore through the resolution, calling it an attempt to revive Brahminical cultural hegemony.

Mr. Sinha, moving a private member’s resolution, urged the government that institutes should be built on the lines of the National Research Foundation that could work on resuscitating the “ground breaking” work that was done in ancient India which was neglected becasue of sense of inferiority created by the colonial masters.

“Indian knowledge tradition was destroyed by the western education system introduced by Lord Macaulay during the colonial period, which aimed to alienate Indians from their knowledge tradition,” Mr. Sinha said, adding that even Mahatma Gandhi, in his speech in 1931, summed it up as “Beautiful tree perished”.

‘Selective memory’
Trinamool Congress member Jawhar Sircar said he fully agreed with Mr. Sinha that “we must all take pride in the achievements of India” but at the same time, we must ask why did we forget these great strides ancient India is supposed to have taken in surgery and in inventing flying machines. He asked, “Why are we left with only Ayurveda and astrology?”

“Samrat Ashok is a pillar of our ancient period and was wiped off from India history and not a single textbook mentioned about him for centuries after centuries until he was rediscovered in 1837 in the Asiatic Society Kolkata,” he said, asking if the ancient emperor was erased from Indian history because he was Buddhist?. Similarly, any one who was educated before 1954 was not taught about the Harappan civilisation, he said.

“When you talk of universities and brilliance of learning for centuries after centuries, two and half millennia, it was centred around only one caste. I am sorry to say, would you like to go one caste. It was not a knowledge network widespread,” the TMC lawmaker said.

Ambedkar’s views
In his response, RJD MP Manoj K. Jha said Mr. Sinha’s submission should be seen in context of the difficult times the country is going through when myths are being converted into history and history into myths. Not everything old is necessarily gold, Mr. Jha said, reminding the ruling government that B.R. Ambedkar supported Western mode of education which took an inclusive view towards all castes. “While dismissing Macaulay, one must ask why the Dalit and Bahujan thinkers didn’t criticise Macaulay,” Mr. Jha added. The ethnocentrism that the resolution seem to be promoting should be resisted, he said.

To commemorate the World Heart Day,

VELAMMAL STUDENT SHINES AT THE NATIONAL LEVEL IN CHESS

Vivo will not be IPL title sponsors this year: BCCI

The BCCI on Thursday suspended the IPL title sponsorship deal with Chinese mobile...

The world’s favourite jeweller, Joyalukkas, will further expand its presence in...