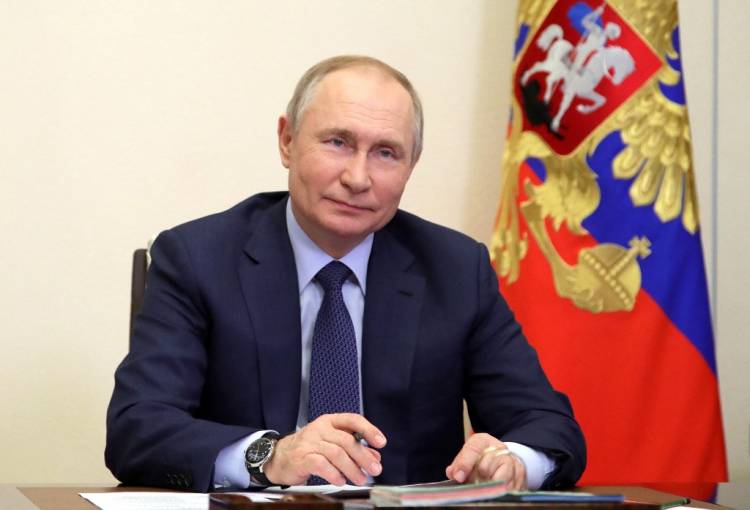 President Vladimir Putin on Friday slammed the West for discriminating against Russian culture, which he likened to Nazi supporters burning books in the 1930s.

"Today they are trying to cancel a thousand-year-old country," Mr. Putin said during a televised meeting with Russian winners of culture-related prizes.

"I am talking about the progressive discrimination against everything connected with Russia, about this trend that is unfolding in a number of Western states, with the full connivance and sometimes with the encouragement of Western elites," Mr. Putin added.

"The proverbial 'cancel culture' has become a cancellation of culture," Mr. Putin said, adding that works by Russian composers were being excluded from concerts and books by Russian authors "banned".

"The last time such a mass campaign to destroy unwanted literature was carried out was by the Nazis in Germany almost 90 years ago... books were burned right on the squares," Mr. Putin said.

Since Mr. Putin sent Russian troops into Ukraine on February 24, the West has piled sanctions on Moscow that have seen Russia increasingly isolated, politically and financially, and extending to spheres such as sports and culture.

Offering the broadest range of B.E.E. 5 Star-Rated pumps, C.R.I. stands out once...