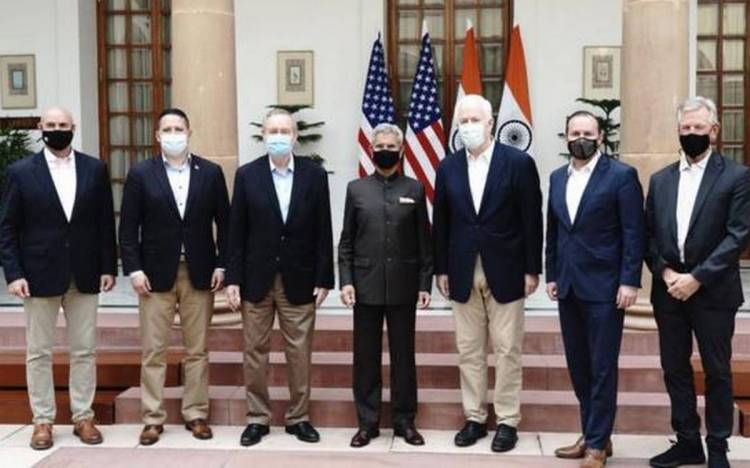 External Affairs Minister S Jaishankar on Friday met a delegation of US Congress and exchanged views on the developments in Afghanistan as well as the situation in the Indo-Pacific.

The delegation, led by Senator John Cornyn, is on a visit to India.

“Pleased to meet US Congress Delegation led by Sen @JohnCornyn today in New Delhi. A productive exchange of views on bilateral cooperation and regional issues, including Indo-Pacific and Afghanistan,” Mr. Jaishankar tweeted.

India has been worried about the possible implications of the Taliban’s takeover of Afghanistan for regional security and the issue is learnt to have figured in the deliberations.

The visit by the American delegation came over a month after U.S. Deputy Secretary of State Wendy Sherman held extensive talks with her Indian interlocutors in Delhi over the Afghan crisis.

During her visit, Sherman had said that India’s security concerns will be the “first and foremost” and in the “front and centre” for the US following the developments in Afghanistan.

India and the U.S. have been in regular dialogue and consultations on the issues relating to Afghanistan.

The two sides have also been expanding cooperation in the Indo-Pacific in the backdrop of growing Chinese muscle-flexing in the region.

As part of the UK’s upcoming Carrier Strike Group ......