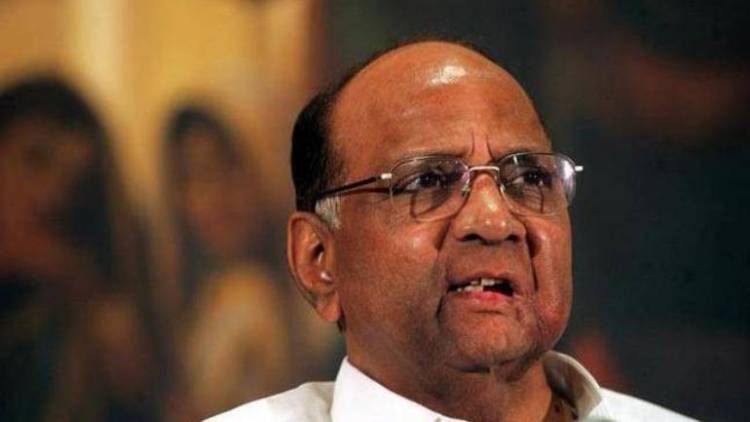 People will teach BJP a lesson for misusing agencies, according to NCP chief
PUNE: As Income Tax Department raids on firms owned by Maharashtra Deputy Chief Minister Ajit Pawar’s relatives and aides continued for the second successive day on Friday, both Mr. Pawar and his uncle, Nationalist Congress Party (NCP) chief Sharad Pawar mocked the BJP Government at the Centre by remarking that they were not worried by the “guests at their home”.

Teams of I-T authorities have been raiding businesses, including sugar factories, and searching the houses of Mr. Ajit Pawar’s sisters in Kolhapur and Pune, as well as the Mumbai office of his son Parth Pawar. The raids have been on for nearly 30 hours.

Speaking in Solapur at a rally of NCP workers and office-bearers, Mr. Sharad Pawar took a jibe at the Modi Government at the Centre, stating: “I heard that the Centre sent some guests [I-T authorities] yesterday to Ajit Pawar’s place [firms linked to the Deputy Chief Minister’s kin]…but we are never worried about such guests.”

The NCP supremo reminded his party workers of the time in September 2019 when, just ahead of the Maharashtra Assembly election that year, he had received a notice from the Enforcement Directorate (ED).

Mr. Sharad Pawar had been named in a money laundering case by the ED in connection with the multi-crore Maharashtra State Cooperative Bank (MSCB) scam.

At the time, Mr. Sharad Pawar, taking the ED head-on, had proposed to present himself before the agency’s Mumbai office, after which it conveyed that the NCP chief’s appearance would not be necessary.

“I was neither part of the bank’s board of directors, nor had I ever taken a loan from there. Yet, I was slapped with an ED notice…but Maharashtra’s public thought the then ruling BJP crazy. So, even if such raids are being carried out against firms owned by Ajit Pawar or his relatives or some other person, the end reaction to all this will be manifested in the public’s ire,” said the NCP chief.

Mr. Sharad Pawar further warned that the public would teach the BJP a lesson for shamelessly misusing Central agencies in such a reckless fashion.

Meanwhile, Mr. Ajit Pawar, who was on his weekly tour of Pune district, alluded similarly to I-T officials as “guests” while stating that he would only speak on the affair once the authorities had departed.

“A number of ‘guests’ are at different homes… When they leave, I will say whatever I have to. I have already given my reaction yesterday, so there is no need to repeat myself and I urge people to stop shooting pointlessly in the clouds… There is no cause for fear. Everything will come out before the public in due course of time,” said the Deputy Chief Minister.

Meanwhile, NCP activists, including the party’s women’s wing, staged a big show of strength outside Pune’s Council House where Mr. Ajit Pawar was due to hold a COVID-19 review meeting.

A large crowd of supporters gathered outside the building and were only pacified after Mr. Ajit Pawar urged them to go home.

Lungs travels 425 Kilometres in 76 minutes from Madurai to Vadapalani through Green...

Security has been tightened outside Motera stadium where United States President...