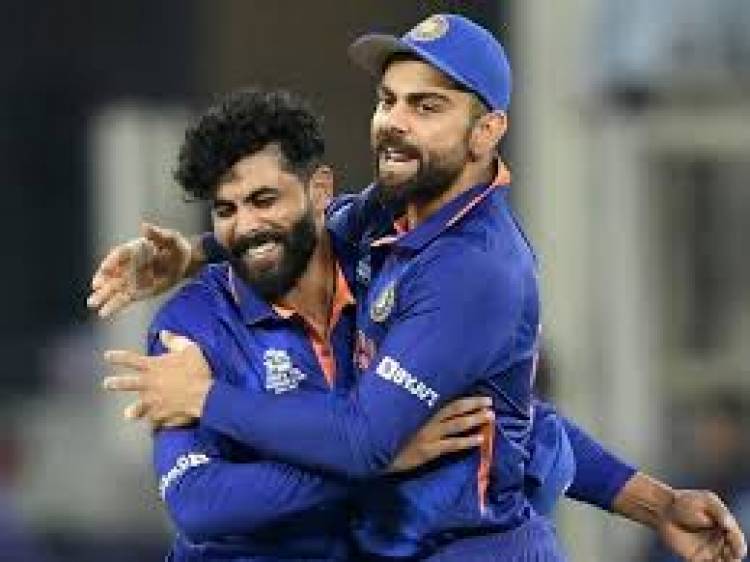 India kept their hopes alive of reaching the T20 World Cup semi-finals with a massive eight-wicket win over Scotland in a Super 12 fixture in Dubai on Friday. After bowling out the Scottish for a paltry 85, India chased down the target in just 6.3 overs to give their net run-rate a massive boost. But India are still relying on Afghanistan to beat New Zealand to have any chance of reaching the last four. If New Zealand beat the Afghans in their final Super 12 match on Sunday, India will be out. When asked about this scenario during the press conference post India's win over Scotland, Ravindra Jadeja came up with a blunt answer to leave everybody in splits.

"Toh phir bag pack karke ghar jayenge, aur kya (Then, we will pack our bags and go home, what else," replied Jadeja.

On Friday, things perfectly fell into place for India right from the outset. Virat Kohli finally won the toss and put Scotland to bat and from then on in, it was one-way traffic as India dominated proceedings.

Mohammed Shami and Ravindra Jadeja took three wickets each while Jasprit Bumrah took two as Scotland were skittled out for 85 in 17.4 overs.

Listen to the latest songs, only on JioSaavn.com
Virat Kohli and Suryakumar Kumar finished things off as India took just 39 balls to reach the target.

India will be hoping Afghanistan do them a huge favour by beating New Zealand on Sunday.

Paytm's IPO To Unveil On November 8

A survey conducted by an independent 3rd party revealed a startling and uncomfortable...

Economic Survey 2020 tabled in the Parliament by the Finance...

The Economic Survey of the Fiscal Year 2020 has been tabled in both the houses of...