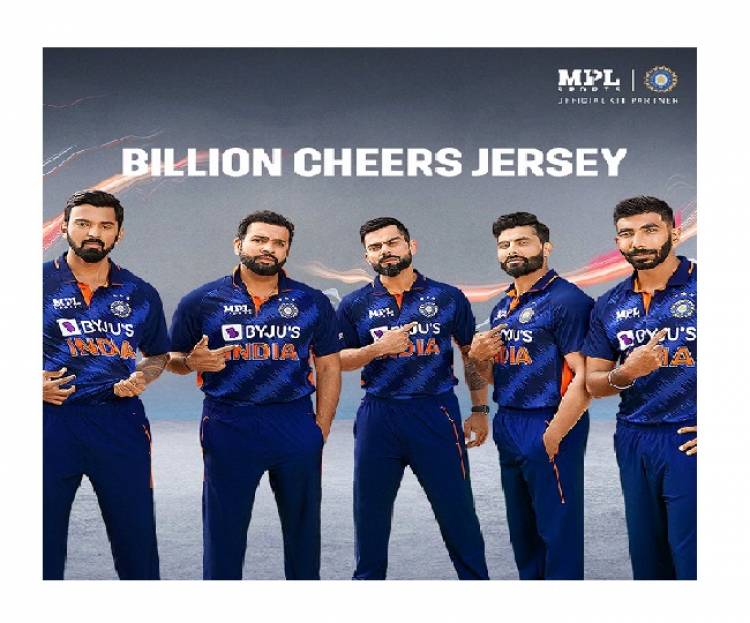 The Board of Control for Cricket in India (BCCI) revealed the Indian cricket team's new jersey for the men’s T20 World Cup which is set to be held in the UAE and Oman from October 17. The new jersey is named 'Billion Cheers Jersey' and the patterns on the jersey are inspired by the billion cheers of the fans.

"Presenting the Billion Cheers Jersey! The patterns on the jersey are inspired by the billion cheers of the fans. Get ready to #ShowYourGame @mplsports. Head to our Insta story to buy your jersey now. #MPLSports #BillionCheersJersey" read an Instagram post from the BCCI.

The jersey was launched by MPL Sports, the official kit sponsors of the Indian cricket team till December 2023. The new jersey will replace the navy-blue retro jersey with blue, green, white and red stripes, inspired by the 1992 World Cup kit which the team has been sporting since the tour of Australia in November last year.

The Indian team will step on the field wearing the new jersey for the first time in their practice match against England on October 18. The jersey will then be worn during India’s opening match in the men’s T20 World Cup against Pakistan on October 24.

Blenders Pride Fashion Tour ‘The Showcase’ in association with FDCI announces the...

Mahindra & Mahindra Ltd, a part of the USD 19.4 billion Mahindra Group, is hosting...

Animal Planet to premiere the first ever documentary film...

The British Academy of Film and Television Arts