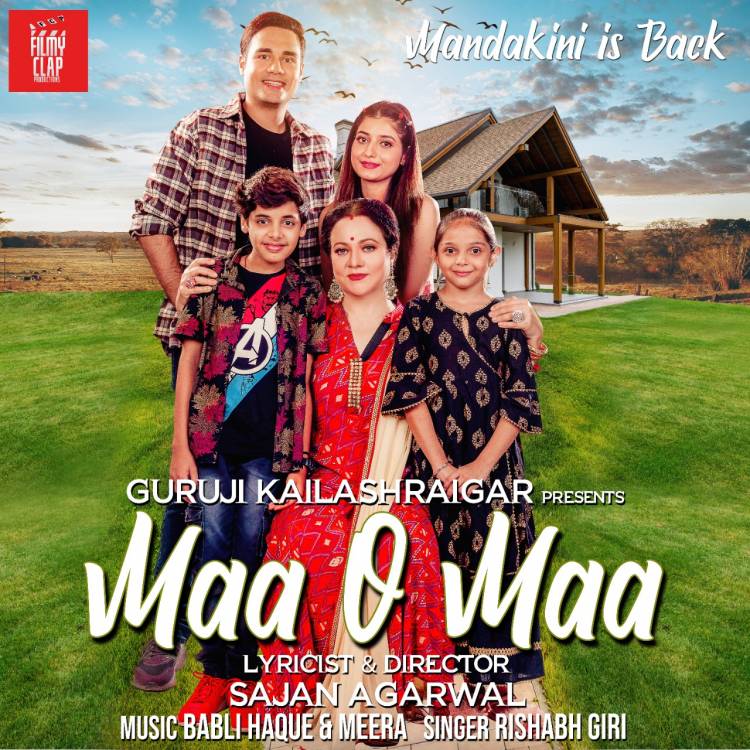 When one talks about Raj Kapoor and how sensually and gracefully he depicted his leading heroines at the movies, one always thinks of Ram Teri Ganga Maili. Mandakini shot to fame with this Raj Kapoor classic years ago but then seemingly faded away from the public eye after doing a spate of films in the ’80s and ’90s. After 30 Year Now, she is ready to return to the screen. Maa O Maa Poster has been out now and now its trending on internet starring Mandakini & her Son Rabbil and actress Babita Banerjee child Artist Simran and Chirag directed by Sajan Agarwal and Produced by Kailash Raigar Guru Ji under the banner of Filmy Clap Production house. The beautiful Lyrics penned by Sajan Agarwal and music composed by Babli Haque & Meera. The beautiful song sung by Rishabh Giri.

Mandakini shared Maa O Maa Poster on her social media handle and wrote comment your feedback on the poster I would love to know.

Director Sajan Agarwal Said, "I'm very happy Mandakini ji is making her Bollywood comeback through my video Ma O Maa. Now people appreciate the poster. Working with her is like a dream come true. I would like to thank my DOP Gifty Mehra, Editor Irfaan Shaikh and choreographer Ritchie  Burton.

Make your stay at home delicious and stylish with Cornitos