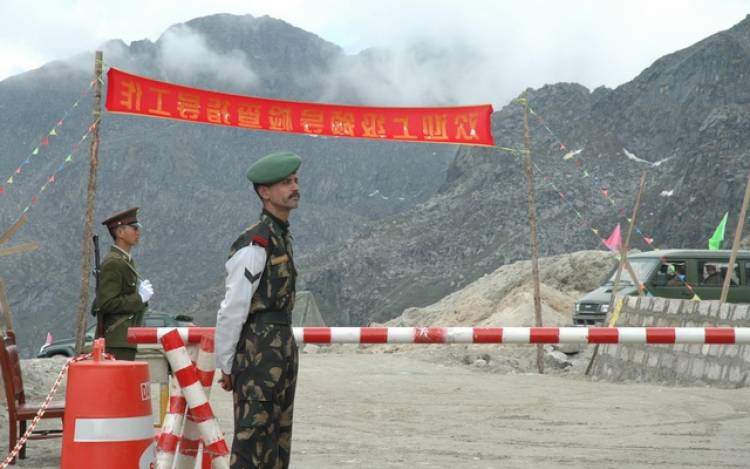 Beijing: India and China will have "early harvest" talks on their vexed border dispute as many agreements have been reached by both sides since their top leaders met in Wuhan, Beijing said on Monday.

Days after India and China pledged to intensify their efforts to resolve a decades-long boundary feud in their border talks, the Chinese Foreign Ministry said that New Delhi and Beijing have agreed to authorise the Working Mechanism for Consultation and Coordination on border affairs to start "early harvest consultations"

The Ministry's spokesperson Geng Shuang said India's National Security Advisor and Chinese State Councillor had a constructive and forward-looking meeting at the 21st round of border talks last week.

Asked what he meant by "early harvest", Geng did not elaborate.

"After the Wuhan summit between Indian Prime Minister Narendra Modi and Chinese President Xi Jinping, the bilateral relations have made very positive progress and made new developments.

"Under the current international circumstances, the strategic importance of the bilateral relations is more prominent. The two sides will follow the guidance of two state leaders' enhanced strategic communication and political mutual trust.

"The two sides raised some forward-looking suggestions. It can be said in many areas, the two sides share common understandings.

"Based on already achieved agreements, we should substantiate them and reach an agreement at an early date and come at a concrete result so as to create favourable conditions for the final settlement of the border question," the spokesman said.

The world's most populous and fastest-growing economies have a dragging dispute over a 3,448-km border.

The world's 9th longest border has three sections: the western sector between Ladakh and the Chinese-held Aksai Chin; the central sector ranges from Uttarakhand and Tibet; the eastern sector divides Sikkim and Arunachal Pradesh from Tibet.

190 countries to participate in Expo 2020 Dubai

With the advent of summer and mercury rising across the country, the intellectual...

Oil prices in the Asian trading market have jumped after media reported that the...

DIVINE, one of India’s foremost hip-hop acts at SRM University

Curated by VR Chennai and conducted by historian V. Sriram, the “Kathai, Kalai,...